Preventing Women From Bleeding to Death at Childbirth and Preventing Obstetric Fistula. Success in Niger! 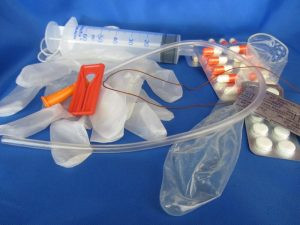 The Government of Niger and HDI continue to achieve major advances in our efforts to prevent the horrors of obstetric fistula. With one exception in April 2012, more than 128,000 women in project areas have given birth without getting obstetric fistula from August 2009 through February 2018. That’s one case, compared with up to 250 cases expected for that many births in this kind of setting, according to the World Health Organization (WHO). At the same time, all-cause birth-related maternal deaths have declined more than 80% since the Rapid Maternal Mortality and Obstetric Fistula Prevention Program started in 2008.

Since 2013, HDI and Niger have teamed up for another innovative initiative to protect women’s lives. The Initiative to Prevent Women From Bleeding to Death at Childbirth launched in mid-2014 after start-up problems and a scientifically done Baseline Survey in 2013 in an attempt to determine the starting point, how many women died at childbirth and from what causes the preceding year.

HDI and Niger aim for a 50% reduction in bleeding deaths within two years. That’s very ambitious. Yet, using a 50-cent dose of medication and two other low-tech approaches recently endorsed by WHO, and using these in a new, coordinated manner, this is something Niger seems capable of doing.

When medication is not enough, Uterine Tamponade Kits with five components costing around $4.32 make it possible to stop the bleeding in a great many cases.

And should the woman be in shock or pre-shock, a Non-inflatable Anti-shock Garment (NASG) developed at the University of California San Francisco can protect a great many lives until those women get to an existing Definitive Treatment Hospital that can even now do the surgery needed to stop the bleeding and save her life. While anti-shock garments cost about $65 each, they can be used 50-60-100 times if cleaned as instructed. That means a cost of about $1 per use for these robust items that last for years.