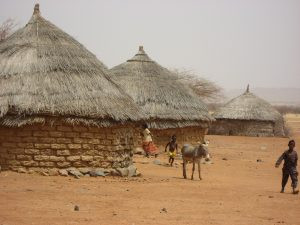 Village houses with donkeys and children

Is $1.38 too much to spend to save the lives of women and protect girls as young as 13 from the indignities, suffering, and permanently guaranteed poverty that obstetric fistula ensures?

HDI and Niger are starting a community-based program this year to rapidly prevent maternal death and new cases of obstetric fistula. This pilot program aims to protect all of the girls and women who are 12-49 years of age, more than 22% of the 89,500 population, from death and from the permanently worsened poverty, and permanent indignity that comes from obstetric fistula in survivors of obstructed childbirth.

Every woman deserves access to a caesarian operation (c-section) when she most desperately needs one to save her life and that of her baby, and to prevent the permanent leakage of urine and/or intestinal contents that constitutes obstetric fistula. The technology is at hand. What’s needed is a system to get the women who need one to a c-section. It’s been known for ages: if labor takes more then 24 hours, hospital treatment (usually surgery) is absolutely necessary to get the baby out. “The sun must never be allowed to set twice over a woman in labor.”

Planning completed in September, HDI and Niger plan to launch the program in late November 2007 in the sub-district of Bankilare, a multiethnic, rural, poor area almost completely without roads, that produces some of the biggest numbers of obstetric fistula cases in the country. 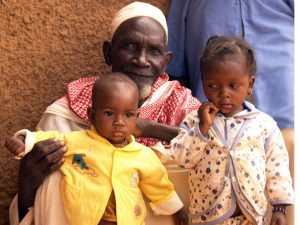 Grandfather with children in Niger 2009. The children’s mom bled to death when they were born. 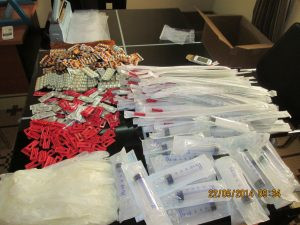