Lymphatic filariasis (or LF, which many call elephantiasis) is one of the most debilitating and disfiguring of all diseases.

One of the most prevalent of tropical diseases, it has also been among the most neglected, because it afflicts poor people in both urban and rural areas. Rarely fatal, it causes extensive disability, gross disfigurement and untold suffering for millions: young and old; men, women and children.

In every community where it occurs, this disease remains a strong impediment to socioeconomic development.

All became available in the years leading up to 1997 when HDI was among the organizations that helped get LF Elimination going based on much greater understanding of all aspects of the disease itself that had been generated by Dr. Gerusa Dreyer in Recife Brazil as well as other scientists working at CDC (US Centers for Disease Control and Prevention) ,NIH (National Institutes of Health), and universities on four continents. Proven means are now available to eliminate lymphatic filariasis as a public health problem, and arguably even permanently eradicate this awful disease.

There is possibility that to lymphatic filariasis can be placed alongside smallpox as having been eradicated from the face of the Earth by concerted human action. Mectizan, donated free of charge by Merck & Co, and Albandazole donated free of charge by GlaxoSmithKline (GSK) in combination have been shown to disrupt the transmission of lymphatic filariasis. The challenge is to bring these drugs to endemic areas and establish distribution systems that will deliver the drugs to people for as long as they are needed. The fact that millions now live in areas and whole countries freed of LF underscores the realism behind what many at the outset thought of as outlandishly optimistic aims. 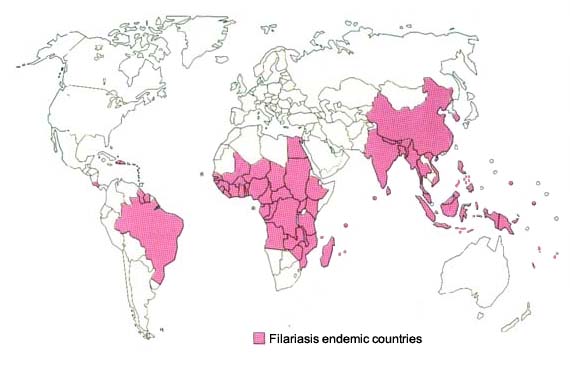 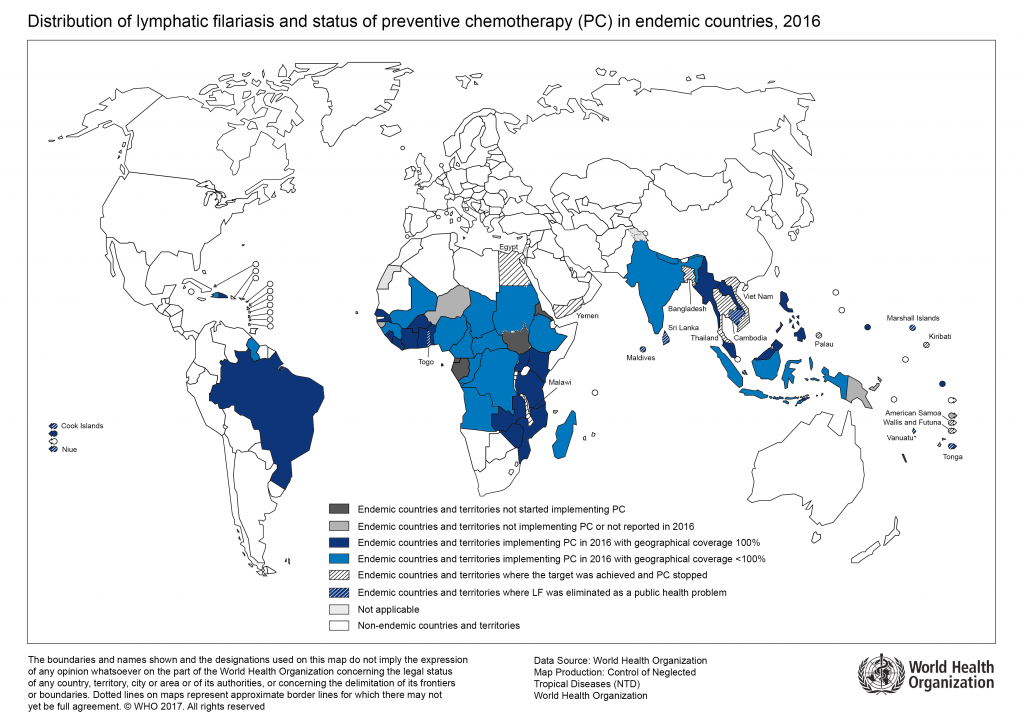 For more information about Lymphatic Filariasis check out Resources.